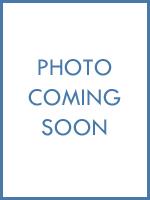 One of the common issues faced by people is the inability to communicate effectively. Now, what does that even mean? Well, effective communication means that a person can share what they need, want and desire in a diplomatic way that generally does not upset others. And that is pretty much where it all ends. It’s not really anyone’s fault. We are what we are and we do what we do based on what we know. In the majority of schools, effective communication is not a required course so people do what they do based on what they see others do, that’s how it all happens.

One of the biggest things people do when they are communicating with others, at work, at home, socially, out in the world, in relationships, is that they get feelings and emotions involved and everything becomes personal. The majority of people, well, pretty much all of them, want what they want when they want it. You can’t blame them, that’s how we are somewhat geared to be. But, that’s where the problem is. If everyone has an agenda, they want something and someone else thwarts the plan or gets in the way of that person getting what they want, it’s an issue. What happens at that point is individuals, who don’t get what they want, usually, start pointing fingers based on emotion and feelings. The biggest statements of hurt include the word “you”.

It’s very hard to take the word “you” out of conversation, especially when tempers are flaring. Because, what we want to say is, “you hurt me”, “you didn’t get the report in time”, “you didn’t take the trash out”. Yep, all of that is true. But what happens when you make that you statement, because you are upset and hurt or mad because, remember, you didn’t get what you wanted (which was the report in time, the trash out etc…), but you make that you statement and now your ineffective communication has ruffled another persons feathers and so they come back with, yes, you guessed it, a you statement. So now, we have two people pointing fingers and making mean and hurtful and accusatory statements to each other because emotions are involved and blame is being thrown. The next thing that happens, we stop speaking, then we throw in some obvious non-verbals that communicate how upset we are but we don’t add words. Most of the time, it practically gets to the point of mediation before one will speak to the other. No, literally, companies do this all the time, when really, if they had invested in an effective communication course, they could have saved a ton of money.

What would have been a better choice you ask? Try to remain calm first, because when emotions flair, that is prime “you” territory. Stop, think and remember what it makes you feel. Make it about yourself, which is the piece that the majority of people forget. Yes, they forgot to take out the trash, but how does that make you feel? So, the better choice is, “it upsets me when you don’t take the trash out” or “I feel so much pressure when reports don’t get turned in on time”. Take the ownership for how you feel and you just might get the other person to take responsibility for their actions. If you attack them with a “you”, they will go on the defensive for sure. No one wants to be attacked, no one.

It’s really quite hard to take “you” completely out of the equation. If you notice above, I only did it once. I guess I could have torqued around and come up with a way to say, “it upsets me when the trash doesn’t go out” and yes, that probably would have been better, but the point I’m trying to make is this, you will say “you” sometimes in the heat of the moment or in the direction. I want to drive home the point about “I” statements. Most people don’t use them at all, most people don’t accept the responsibility for how they feel and the problems that the issue at hand will ultimately cause “them”. But, I will tell you, guaranteed, if you take ownership for your feelings and reduce the finger pointing and blaming, you will get further ahead in getting what you want. It seems a long way around a short road and in the beginning it will be laborious. It is challenging to re-frame the way we have always done or said something. The main reason for this is because we generally fly off and say something in the heat of the moment, when we are upset and realize that we are not getting what we want. So, it also becomes essential to stop, calm down and think before you speak. You have to think about your part before you speak about the others part. It is essential that you take ownership of the fact that you are not getting what you want, and yes, because of the other person dropping the ball, but it’s also about you. If you blow up and accuse, you might not ever get what you want. But, if you stop, involve yourself and your feelings, wants, etc… with “I” statements, you stand a much better chance of getting what you want. It’s longer and harder on the front end, but in the end, the time will be well spent and honestly, once you change the way you approach others, shifting from the blame game to effective communication, you won’t ever go back. Yes, it will take time to make the shift, but you only have to do it once and better now than years from now, it will truly save you a ton of heartache, you can trust me on that. Do you like to be attacked? Accused? Blamed? No one does. By using “I” statements, you no longer are blaming and pointing fingers but communicating, together, effectively with others.