On the 29th of November, 2013, Mr. Michalis Economides, lawyer at ECONOMIDES KRANOS & CO LLC, presented a seminar with title “Employment Law” at the Cyprus University of Technology, under the auspices of the Cyprus Human Resource Management Association.

One of the main subjects that have been presented and analyzed during the course of the seminar considered the matter of termination of employment along with further issues that may occur as a consequence from it. Mr. Economides referred to an employee’s right of compensation when his/her ordinary course of employment is terminated. He also referred to those instances by which this right is likely to be lost or abolished. Additionally, the seminar discussed the instances by which discharge of an employee is allowed with or without notice, and in what instances it is possible for an employee to voluntarily terminate his/her contract of employment. Furthermore, reference was made in regards to the right for a payment in advance to an employee instead of issuing him/her a discharge notice. Further discussion, amongst others, was made around the rights accompanying an employee during the period refereed in the termination of employment notice along with other issues concerning redundancy.

Mr. Economides also referred to maternity rights, maternity leave, the prohibition of termination of employment for natural or adoptive mothers, further concessions regarding breastfeeding or the demanding treatment and care of a child and to a mother’s right for prenatal examination leave.

Furthermore, Mr. Economides demonstrated an overview around the employees’ rights over annual leave and holidays.

The seminar also covered equal rights between men and women in the workplace and with regards to training and development opportunities. It specifically referred more particularly to the matters concerning sexual harassment, punitive actions against employees, trainees or candidates, the prohibition of discrimination at work, the prohibition of mistreatment of pregnant women or mothers, discrimination due to age as well as the prohibition of favourable treatment between part-time and full-time employees.Reference was also made on the employer’s obligation to insure each and every one of his/her employees for accidents, occupational diseases or other incidents through Employer’s Liability.

Conclusively, Mr. Economides talked about the employee’s right to be informed about his/her working terms and conditions by his/her employer. There was a further discussion around employees’ conservational rights regarding their transition to work and the instances by which an employer is allowed to discharge an employee for economic, technical or other reasons.

The abovementioned seminar was open to the public and during the course of the presentation there was an open discussion between Mr. Economides and the audience in order to resolve and answer all the potential issues or questions arising from the topics/legislation covered in the seminar. 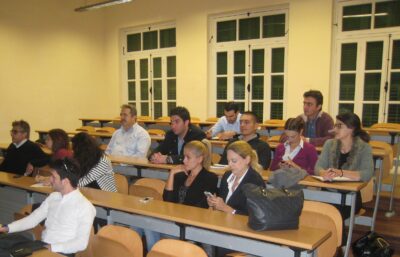 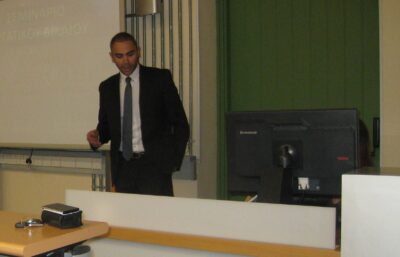