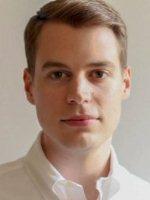 by Richard Feloni – Google, despite its penchant for childlike imagery and playful work environments, is a massive global company with 60,000 employees and a market cap of $500 billion. In order to stay dominant, it needs top talent, and to maintain top talent, it needs to foster creative and productive teams.

Following the success of Project Oxygen , an internal study of what it takes to be a top manager at Google that started in 2008 and whose findings are still used today, the company undertook another study, this one of team dynamics.

A group of Google’s People Operations (HR) employees spent the past two years interviewing more than 200 Googlers across more than 180 teams to find out what distinguishes the most successful teams at Google. The main finding: A team’s dynamics are more important than the talents of the individuals who make it up.

Of 250 of these dynamics considered, five stood out.

You may read the full article on Business Insider